Vast quantities of haggis, neeps, tatties – and a fair few drams – were served up by Whitburn-based Ashwood Scotland Ltd as the construction company celebrated its 14th Annual Burns Supper for charity on Thursday (24th January).

Held at the Hilcroft Hotel in Whitburn, the hugely popular Burn Supper’s deserving cause for 2008 was Barnardo’s West Lothian Support Team in Bathgate – beneficiaries of £5,400 raised on the night.

A lively auction for collectibles, including a signed Liverpool football jersey and a Scotland v Lithuania match pennant signed by three Scotland goalscorers, contributed to the total.

This means that, during the 14-year lifetime of the event, Ashwood Scotland has overseen charity donations totalling over £40,000 for the local community in and around West Lothian.

Appearing at the Supper this year – a sell-out since October 07 – was renowned football referee and speaker John McKelvie, who was on hand to perform the Immortal Memory. The sporting theme continued with teacher and sports coach, Willie Allan, whose own immaculate skills as a raconteur were ably demonstrated by his Toast to the Lassies.

Keeping everyone in order was Master of Ceremonies and Managing Director of Ashwood Scotland, Archie Meikle, while MP for Linlithgow and East Falkirk Michael Connarty led the vote of thanks.

Commenting on the funds raised for Barnardo’s, Archie said: The work undertaken by the Barnardo’s West Lothian Support Team is second to none and very much valued. I am delighted that we have been able to provide assistance and I congratulate all at Barnardo’s for the excellent work they do.

As ever, the night was livened up by some excellent music courtesy of John Morgan & Paul Phillips, recitations by Tom Jenkins and the expert piping skills for the entrance of the haggis were provided by Fergus Philip.

Ashwood has long been in the business of serving the local community in different charitable ways. In 2007, the company set up the Ashwood Scotland Foundation to make a long-term difference to the local area by making regular contributions to worthy causes, charities and not-for-profit organisations working in the community. Based on an amount pledged from the annual profits of Ashwood Scotland Ltd, the Foundation donates the money generated to the Trustees’ chosen causes for that year. 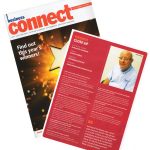